The theme of this year's International Women's Day is "Ending Impunity for Violence against Women and Girls."

"UN Secretary-General Ban Ki-moon urged on Thursday the international community to work for a transformation in relations between women and men.
"In a message for International Women's Day, which is observed on March 8, Ban said that 'empowering women is not only a goal in itself. It is a condition for building better lives for everyone on the planet.'"
"Chile's first female president marked International Women's Day on Thursday saying women were in politics 'to stay,' while German Chancellor Angela Merkel said Europe must do more to bring about gender equality."

"A report by EU statistical agency Eurostat compiled from national data gathered between 1998 and 2006 said that women were more likely to be unemployed than men.
"'Patriarchal structures still exist and women tend to be in lower position. The reduction of salary inequalities has not gone far enough,' German Development Minister Heidemarie Wieczorek-Zeul told a seminar at the European Parliament.
"The European Commission has announced plans to use educational programs to increase awareness of gender inequality in schools and eradicate gender stereotypes, and encourage promotion of women into senior positions."
"On International Women’s Day on Thursday reports suggested women have a long way to catch up with men in Spain." 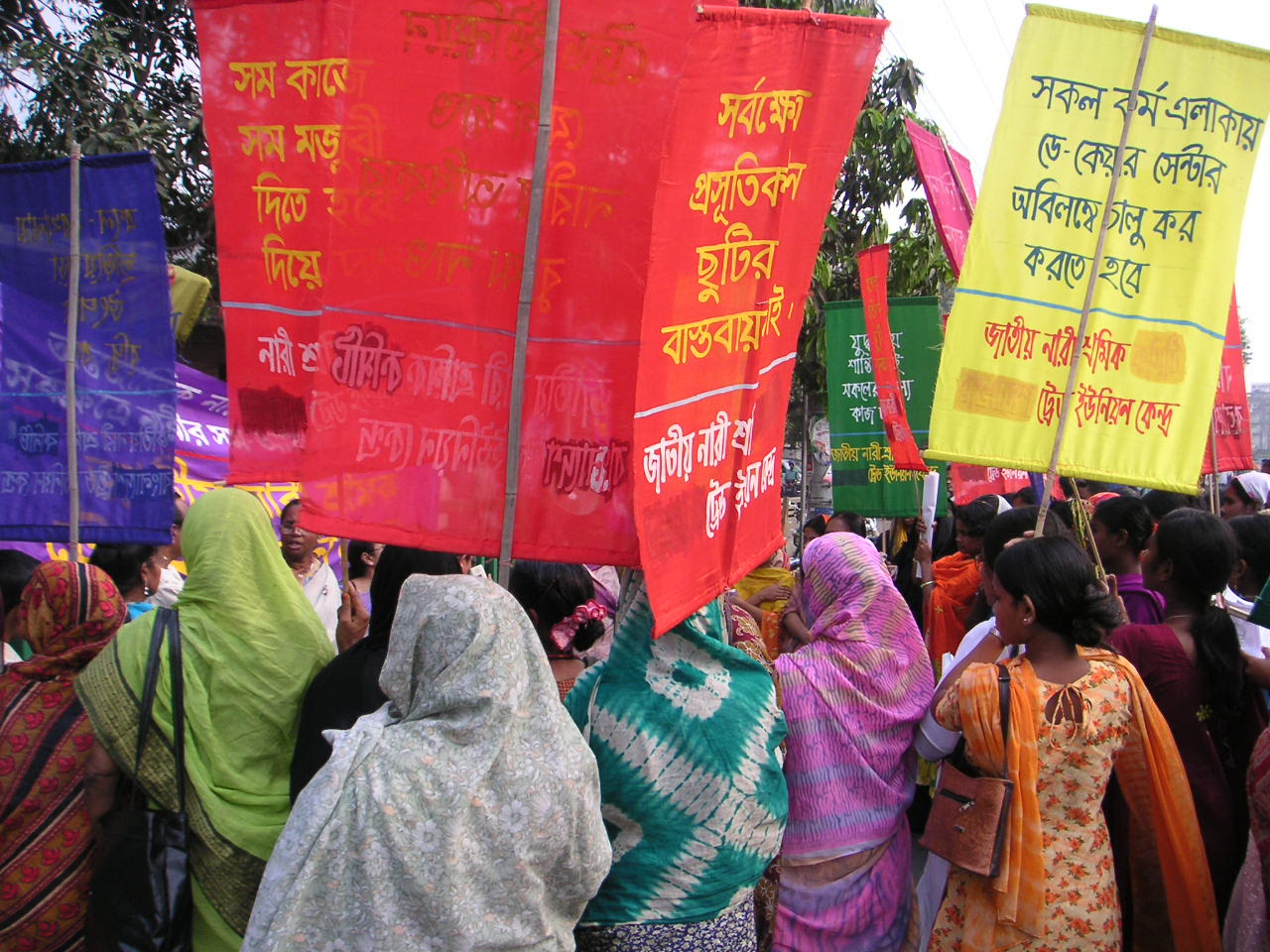 March 8 rally in Dhaka, Bangladesh.
"Men in Bangladesh vowed to fight disfiguring acid attacks, as the UN and European Union marked International Women's Day on Thursday with calls for an end to violence and discrimination.
"In India, a Mumbai company launched a new taxi service for women, with female cabbies at the wheel to make the customers feel safer."
And with a roundup of her own, law professor Mary Dudziak reminds us of the long struggle for women's rights.
A history of International Women's Day, via wood s lot.