Longtime GreeneSpace readers will remember my fascination with the modern history of the future.

So naturally I welcome this new blog Paleo-Future ("A Look into the Future that Never Was") and the related Flickr group. 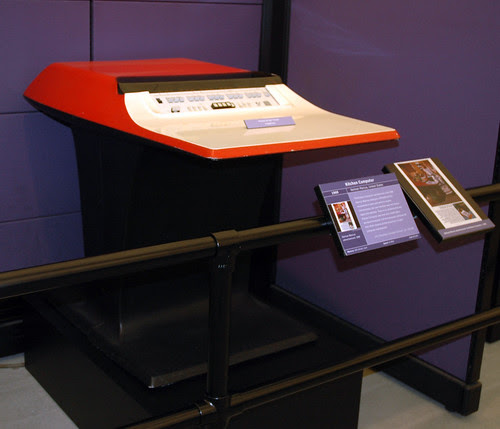 The Kitchen Computer was featured in the 1969 Neiman Marcus catalogue as a $10,000 tool for housewives to store and retrieve recipes. Unfortunately, the user interface was only binary lights and switches. There is no evidence that any Kitchen Computer was ever sold. Inside was a standard Honeywell 316 minicomputer, billed as the first 16-bit machine at that price from a major computer manufacturer.

Via Cliopatria, which also points to an interesting syllabus from a course on the history of the future.

Email ThisBlogThis!Share to TwitterShare to FacebookShare to Pinterest
Labels: Futurism