There are 61 state historical markers in Upshur County, Texas, dating from the 1936 centennial celebration to the present day. More than half of them were installed between 1963 and 1969. In Texas, that was the golden age of the roadside marker. The Official Texas Historical Marker Program was started in 1962, and by 1969, 5,000 new markers had been erected. As chair of the Texas State Historical Survey Committee, John Ben Shepperd headed up this ambitious project to document the history of the state by way of battle grounds and burial grounds, old schools and deserted settlements, important institutions and birthplaces. In Upshur County, his first lieutenant was my grandmother, Georgia Laschinger.

Marker dedications were big deals as I remember them, occasions for much speaking and congratulating: the 1882 Greek Revial Alexander Cook house, the site of the Dixon Orphanage, the exotic O'Byrne plantation (the only National Register listing in the county), and on and on.

I don't think my grandmother would ever have imagined that within 40 years these "permanent" markers would begin to disappear. Mostly they're still where she left them, and mostly, I think, the explanations will turn out to be innocent. But a distressing lack of respect for the markers and the histories they report is evident right on the courthouse lawn, where at least two markers are simply no longer there.

One recited a general history of the county as "Civil War supply and activity center." The other marked the place where Sam Houston spoke twice, both times against secession.

I've asked County Judge Dean Fowler to invetigate. He shares my hunch that the Houston marker was taken down when the air conditioning equipment was installed many years ago, but he has no idea. Meanwhile he said the county had just received a grant to have the 1930s courthouse restored to its vanishing glory. 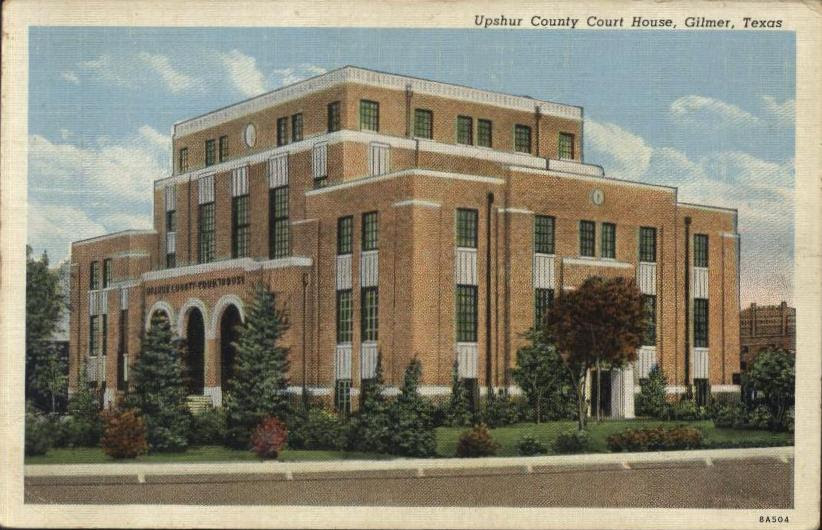