Durham in black and white 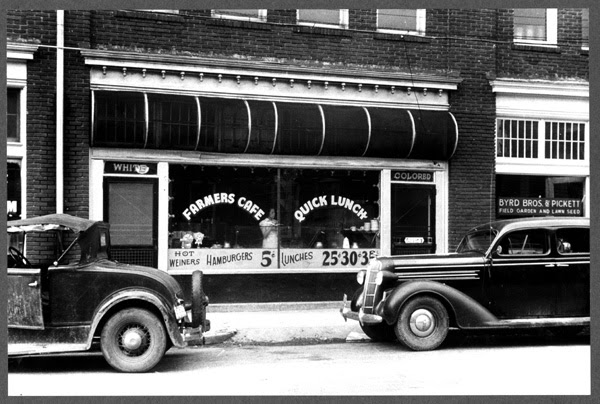 Photos of Jim Crow Durham c. 1939-40 are part of the Library of Congress' collection of such photographs taken for the Farm Security Administration. "Although no documentation has been found to indicate that photographers were explicitly encouraged to photograph racial discrimination signs, the collection includes a significant number of this type of image, which is rarely found in other Prints and Photographs Division collections." At first I thought the photo above, by Jack Delano, was Fishmonger's, below.

It isn't, obviously, but the style is the same (the door on the right is unused now). It will be hard now to look at this building with innocent eyes.

Can anyone identify the other building? Marion Post Wolcott was taken with it, too. (The reflection gives a hint of the location: where is it, or was it?)

Delano captured a couple of shots of the bus station, a dose of reality to underscore Matt Robinson's art. 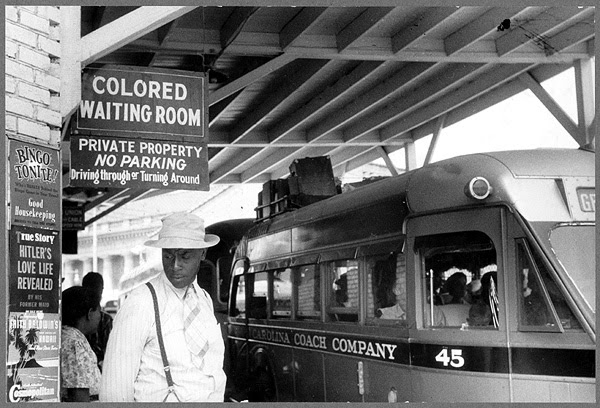 But the real reality check--to shift out of Durham and away from Jim Crow for the moment--is this photo in Wolcott's North Carolina collection of a "log house" in Carrboro, 1939.