For the National City Network, November's turn toward winter weather prompts a focus on homelessness. 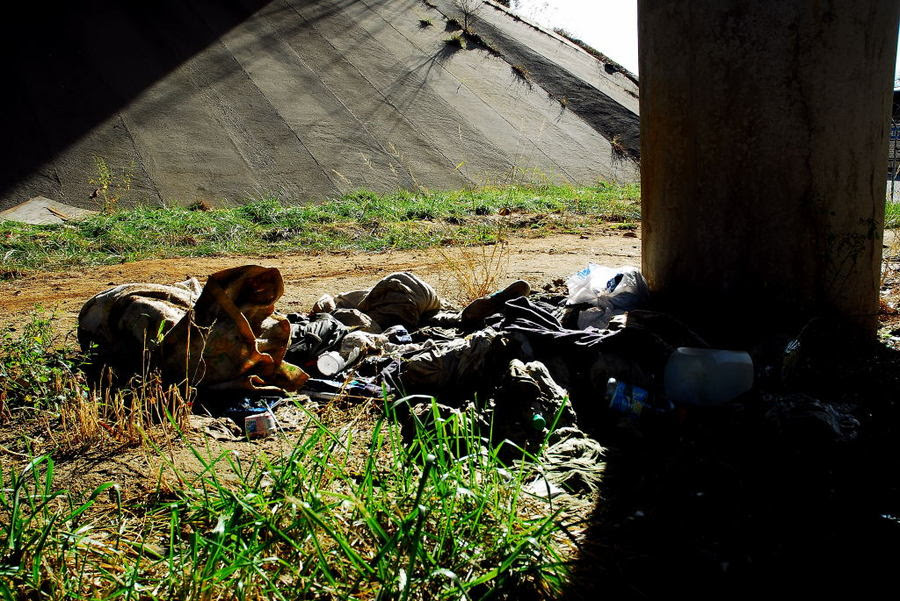 Photo by Lisa Scheer of a homeless woman's camp in Greensboro.

At a downtown safety forum yesterday morning, sponsored by the Chapel Hill Downtown Partnership, I gave an overview of the Orange County Partnership to End Homelessness. I cited data from the National City Network indicating the broad diversity of the estimated 600,000 people who are homeless in the richest country on the planet:

As I always try to do, I encouraged folks at the forum to think about homelessness from the point of view of being homeless--for I myself find it really a challenge to imagine. When you don't have a home, you essentially don't have a position from which to be heard in the civic sphere, I pointed out, citing, as I have before, the philosopher David Schrader. For Aristotle, the state was made up of households (not roving individuals). The home affords privacy, which is essential to autonomy: "autonomy against the authority of society." The homeless have no defenses and few advocates.

But what people wanted to talk about was not homelessness but its near cousin, panhandling, and the blight it contributes to downtown. Can't we outlaw it even further? some asked. Legally we probably could was my reponse, but that would not make it right. Glad to see the that downtown outreach committee agrees and is choosing instead to work on education and . . . outreach.

UPDATE 11/21: Editorials in the Chapel Hill Herald and the Daily Tar Heel register concern about overregulation of panhandling.
Posted by Sally at 9:07 AM